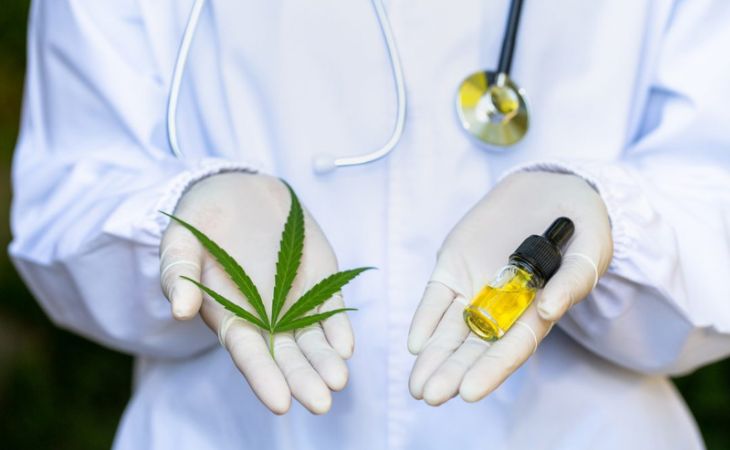 CBD, THC and CBG to Prevent and Treat Covid: the first researches are Indian, Korean and Israeli

We pay particular attention to the possibilities offered by cannabinoids at a therapeutic level. Since the onset of the Covid emergency, some countries such as South Korea and Israel have begun a series of research on the possible uses of CBG, THC and CBD on a preventive level against this disease.

Israeli Studies: The Early Stages of the Infection

In Israel, a few months after the outbreak of the Covid-19 pandemic, private companies and public research centers began testing CBD to fight the virus.

For decades, pioneering studies have been conducted in Israel on the potential mechanisms of action of cannabis and its derivatives on a wide range of diseases and medical conditions. Stero Biotechs, a research and development start-up on cannabidiol- based treatments, is focusing on the early stages after virus infection.

The partnership of InnoCan Pharma and Tel Aviv University is leading to the creation of a new treatment for the more advanced stages, a treatment with CBD loaded exosomes.

Exosomes are small particles that arise when stem cells multiply: in this case they can hit the messenger RNA molecules and act on the cellular organs that have been damaged.

The Indian Study: The Anti-Inflammatory Power of Cannabinoids

Already in October 2020, a group of Indian researchers from the Mysore campus had conducted a first in vitro experiment.

Indian research started from the need to find an effective treatment for respiratory problems caused by SARS-CoV-2. The research of is thus focused on the antiviral activity of cannabinoids . In particular, the study focused on 32 cannabinoids present in cannabis sativa, monitoring and their interactions with the SARS-CoV-2 Mpro enzyme. Of these, two molecules, Delta-8-Δ9-tetrahydrocannabinol (IC50 = 10.25 μM) and cannabidiol (IC50 = 7.91 μM), were found to be more potent antivirals against SARS-CoV-2 than the reference drugs lopinavir, chloroquine and remdesivir.

The Korean study: Cannabinoids as Anti-virals

A few months later, a second study, conducted by Korean researchers from different institutes, caused a sensation in December 2020.

From the results of the research, CBD and THC can be used as real drugs in the fight against the human Coronavirus, as well as used in the experimentation for the definitive eradication of SARS-Cov-2.

This revolutionary study was published entirely in the International Journal of Biological Macromolecules, becoming in a very short time one of the most read and clicked articles of the period.

The original idea of ​​the investigation was actually very simple: starting from five different cannabinoids to determine their antiviral activity. Therefore, several tests were performed, both in vitro and in silico, fundamental for the research.

The five cannabinoids that were examined are THC, CBD, THCA, CBDA and CBN. After laboratory tests, research has revealed that CBD and THC, alike, are potent antivirals. Antivirals that effectively counteract Sars-Cov-2, with greater success even than known and “noble” drugs such as chloroquine and remdesivir.

These statements have done nothing but fuel controversy and debates on how much a medical legalization of cannabis on a global level can be a fundamental factor also in countering the delicate moment in which the entire planet is at the moment.

How do CBD and THC work against Covid?

According to Korean scholars, CBD and THC are particularly effective against Covid, able to fight contagion and disease.

The mechanism by which CBD and THC work is actually quite simple. This mechanical process is called twofold and acts in the following ways:

By following these indications, scholars who continue their research in this direction will have a valid database at hand. These data confirm, as if that were not enough, that these two cannabinoids can work alone or together with other drugs. New human clinical studies will follow for a possible application of CBD and THC in anti-covid therapies.

The use of these molecules in clinical trials on prevention is not only aimed at lowering the infection, but also and above all at enhancing the healing processes in already infected subjects, who would benefit more from them. In other words, CBD and THC can be used for the distillation of powerful anti-inflammatories capable of counteracting severe symptoms of the Coronavirus.

It thus seems increasingly evident that the two main cannabinoids in cannabis act on three levels:

CBD against Covid-19: the fight against ARDS

The Korean study also focused on how CBD actually works. On the ways this particular cannabinoid interferes with the human lung structure.

According to the data collected, CBD prevents trauma and improves the general structure of the lungs, directly fighting Acute Respiratory Distress Syndrome, also known as ARDS.

It is one of the most serious symptoms of Sars-Cov-2, and ARDS is well managed by CBD, which fights its effects by acting as a real anti-inflammatory. This prospect opens up many possibilities, confirming once again the already established efficacy of cannabis in the therapeutic field. Effectiveness which in this case becomes even more important, given its applicability in the fight against Covid-19.

How does CBD work on the lungs? CBD regulates apelin, an endogenous substance whose purpose is to protect lung tissues. This perspective shifts the focus to CBD and the regulation of a substance, apelin, which could help in the prevention and diagnostics of ARDS before it even occurs, allowing direct action before the situation becomes complicated.

CBD’s focus on regulating apelin does not end there. The study of cannabinoid receptors, which once activated would act in a therapeutic way against ARDS, is the next step. At the moment, in fact, there are no concrete and working therapies for the prevention and treatment of ARDS, so the use of CBD or THC could be a method already tested for a direct response to one of the most difficult symptoms of the Coronavirus. In a period of insecurity like this, creative and effective solutions are needed, which in this case consist of the use of cannabis and its cannabinoids.

The Importance of Medical Cannabis

The importance of the use of cannabis in the fight against the Coronavirus is clear. A role confirmed by other international studies, which push the accelerator towards a single goal.

The treatment with CBD flowers, for example, has reduced if not totally eliminated the inflammatory indices during laboratory tests, also partially restoring homeostasis. Therefore, looking at the results that have been obtained so far, the treatment processes with CBD (oil or vape) and THC can be considered valid and functioning for respiratory diseases such as Covid-19.